A survey conducted by the Center for Democratic Development (CDD) has revealed that the majority of Ghanaians lack confidence in President Nana Addo Dankwa Akufo-Addo to fight corruption.

62% of 2,400 Ghanaians interviewed in a post-election survey conducted between May 23 and June 3, 2021, say they do not have confidence in the ability of President Akufo-Addo “to protect the country’s financial resources and curb corruption in the next four years.”

“While Ghanaians are split (48% vs. 48%) on the government’s ability to ensure that rule of law is upheld in the next four years, majority [of them] are not confident in its ability to protect the country’s financial resources (53%) and curb corruption and official impunity (62%).”

President Akufo-Addo’s biggest critics, the opposition National Democratic Congress (NDC), have consistently chastised him for superintending over what they say is massive corruption, notwithstanding that the President has insisted that his fight against corruption is unprecedented.

In this round of the post-election survey, however, Ghanaians say President Akufo-Addo will not be able to curb corruption and impunity in his second term.

Still, on the survey, the majority of Ghanaians have identified five priority areas they want the Akufo-Addo second term administration to focus on.

The sectors include unemployment infrastructure, roads, education, management of the economy and health.

As much as 57% of the respondents want President Akufo-Addo to focus on job creation in this second term.

Opinions on policies, rule of law and governance

Fewer than half of Ghanaians are optimistic that, in the next four years, the Akufo-Addo NPP-led government will perform “much better or better” in addressing educational needs (45%), providing reliable supply of electricity (44%), maintaining roads and bridges (44%), and providing water and sanitation services (43%). Only one-third (35%) are optimistic about government’s ability to reduce crime.

Only about three in 10 Ghanaians or fewer are optimistic about government’s ability to fight corruption (30%), and promote collaboration between the ruling and opposition parties (25%).

In general, most Ghanaians expect changes in the way the Akufo-Addo led-NPP government handles a number of national development issues in the next four years.

Majority of Ghanaians (52%) are confident that the second Akufo-Addo led-NPP government will consolidate the gains of the Free SHS program, but a similar proportion (57%) have no confidence in government to expand the 1D1F initiative across the country.

While Ghanaians are split (48% vs. 48%) on the government’s ability to ensure that rule of law is upheld in the next four years, majorities are not confident in its ability to protect the country’s financial resources (53%) and curb corruption and official impunity (62%).

The NDC has accused President Akufo-Addo of shielding corrupt officials serving in his government.

Speaking at a press conference on Monday, August 30, 2021, the National Communications Officer for the NDC, Sammy Gyamfi said the President had rather cleared and shielded these officials, “instead of prosecuting them and ensuring that the monies they’ve siphoned are refunded to the State”.

“What is instructive in all this is the fact that none of the government officials and NPP functionaries responsible for all these cases of corruption which have occasioned huge financial losses to the state have not been held responsible for any of these corrupt acts.”

“This is what has made corruption a free-for-all pageant show in the Akufo-Addo/Bawumia/NPP government and has emboldened many more appointees and officials of government to engage in more acts of corruption and plain stealing with brazen impunity,” Mr. Gyamfi added. 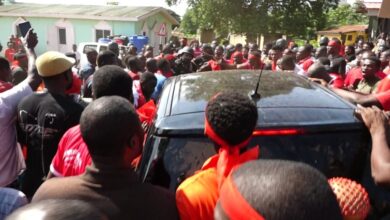 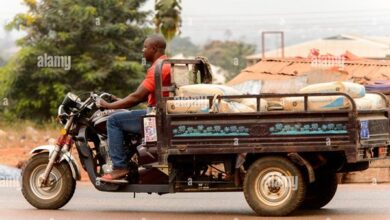 No ‘Aboboyaa’ On Highways From November 1