RESPONSE TO ATTACKS ON THE PERSON OF DR. BENJAMIN KUMBUOR

LADIES AND GENTLEMEN OF THE PRESS.

We have been following with keen interests, developments since the Tema forum of cadres, where Dr. Kunbuor was invited as a panelist. We have known and worked with Dr. Kunbuor on NDC matters for many years. He is our worthy mentor as far as the politics of NDC are concerned. We consider him the attraction to join the NDC in the first place. After considering the unwarranted attacks on his person by certain individuals and personalities whose record could not have attracted us to the party, we consider it important to let our voices to be heard now. we also want to invite like-minded people like us across the country to stand up to be counted openly. lt is certainly not in the interest of the NDC to allow such a political icon of the NDC to be attacked by well-orchestrated and coordinated platform communication ‘mercenaries’.

The issues that were raised at the Tema forum should not have warranted the attacks on his person by some leading members of the party, platform communication ‘mercenaries’ and by persons who have a track record of dishonesty over the years in NDC affairs. We therefore seek to draw the attention of the public, democratic-minded members of the NDC and those who want to see the NDC as a united front as we go into re-organisation of the party and the 2024 elections. We will briefly recap the sequence of events, the real facts and the sources of these unwarranted attacks.

1. Dr. Kunbuor was invited as a panelist of the programme. A role he has always performed for the party, even dating back to the PNDC era.
2. At the Tema forum, he did not attack the party or any individual officer of the party, never mentioned President Mahama and did not in any way say anything to bring the name of the party into disrepute.
3. Before the Tema forum a rival flyer was generated by who we do not know, with a theme different from that of the original flyer and this time introducing president Mahama {CADRES FORUM IN TEMA AGAINST FORMIDABLE MAHAMA)
4. This second flyer, interestingly was circulated on a number of NDC platforms but not the original one. The stage was being prepared for what was to follow.
5. Immediately after the Tema forum, Dr. Kunbuor was singled-out for the attacks. We now know why, But we will leave that for now for this drama to play itself out fully. As a result of these unwarranted attack,he decided to explain the issues on the invitation of a number of media houses,6. It is becoming clear that those who led the onslaught either did not hear Dr. Kunbuor personally or deliberate ly too k the issues out of their proper contexts.
7. lt should be released that most of the attacks from the NDC platforms were ,forwarded, messages, which implied they were not generated by the persons in whose names the messages came. We do not for now want to believe the rumours that these messages were generated at one center by known players of this type of game. This was more visible from the NDC platforms and parallels similar attacks on Bagbin when he offered himself to be the flagbearer of the NDC in the 2020 elections.
8. We will particularly want Ladies and Gentlemen of the press, Northerners in the NDC and the Ghanaian public to closely read the statements of Ade Coker and Adu Asare (former Mp for Adenta and Presidential Staffer in the Mahama Administration). The two statements reveal the motivation, sources and choice of Dr. Kunbuor as the subject of the attacks.

The issues that have come up or were raised by the ‘attackers’ are the following:
(a) Dr. Kunbuor is against John Mahama becoming the Flagbearer of the NDC in the 2024 Elections. He therefore described those in favour of John Dramani’s candidature as  ,sycophants,.
{b) He dragged the NDC to ‘hostile’ media houses to be destroyed and weaken it for the 2024 elections.
(c) He is an ungrateful beneficiary of the NDC dispensation who occupied high political offices and now want to destroy the party.
(d) He accused the NDC party of corruption.
(e) Dr. Kunbuor made no contribution to the fortunes of the NDC in the 2O2O elections which led to the party to lose the parliamentary seat in Nandom.(f) He is seeking to be relevant in the current affairs of the NDC.

It is important to also register the fad that a number of people, appalled by these attacks have mounted a spirited defense of Dr. Kunbuor. And this is where the dangers lie for the NDC going forward. What is more disturbing is the number of messages we have received from across the country in their preparation to openly come out in defense of Dr. Kunbuor. Equally worrying is the ethnic dimension this debate is taking. Some see an anti-northern agenda at play here. Knock the heads of John Mahama and Dr. Kunbuor together. Let them destroy each other. Use northerners to attack Kunbuor, like was done with Bagbin and many more will follow in the future. We are entreating those NDC members claiming to be defending Dr. Kunbuor to avoid this ethnic twist in the interest of the party.

But exactly what did Dr. Kunbuor say or did not say? A summary we can make are as follows:

(a) Nowhere at the Tema forum or subsequent interviews did he raise the issue of the candidature of John Mahama except where he was responding to a dried question from the host of the PM
EXPRESS. Listen carefully to his interviews.

(b) Nowhere did he accuse the NDC or any of its officials of corruption, He was confronted by the host of the ‘PM Express’ with the concept note on the issue of corruption. He corrected tho host
and said ‘perception’ of corruption’ ‘not corruption’. He added further that the perception hurt the partv in the 2016 election. And that accusations within the NDC after internal editions of votebuying fed into that perception.

{c) On the issue of washing the NDC5 ‘dirty linen’ in public, Dr. Kunbuor has stated in the interviews that the NDC did not have ‘dirty linen’ but rather internal democratic challenges all political parties in Ghana have, On the issue of the NDC at tross-road, he said the NDC was not there yet but if care was not taken it could get there.

(d) For people like Ade Coker, we now understand why Hon. sam George described him using very uncomplimentary words. He should not use the current debate to build is political ambitions. He is quick to remember Dr. Kunbuor only in terms of offices he has held in government but conveniently forgets his role in our 8 years of opposition and how he contributed to our coming back to power in 2008.

(e) lt is important for Ade Coker to know, that unlike him, Dr. Kunbuor has never contested elections as an NPP Parliamentary Candidate.

For Ade Coker to ignore the call for vertical and horizontal accountability, proposed by Dr. Kunbour, and to actually call him a serial caller, amounts to libidinous recklessness adorned in demeanin8 sarcasm. Ade Coker must know that accountability cannot be a matter within the ‘self-contain’ of the NDC. ln fact, there is today, within the NDC, an overt contempt for such things. We, however, do not expect Ade Coker sitting on his Olympian heights to understand that, accountability is a
psychological and emotional absolute for the masses to build customary confidence in leadership of the party.

His sarcastic admonition to Dr. Kunbuor not to behave like a serial caller is therefore long in aspersion, empty in context and very hallow in unimportant ways.
Ladies and gentlemen of the press, we don’t intent to dwell on the insults of Adu Asare on the person of Dr. Kunbuor. However, as a footnote, we want to observe that Adu Asare’s penurious attitude towards education is responsible for his disregard for PhD. We know that certificates of even in apprenticeship are not native to him. So, we forgive him for his semantic misunderstanding and grotesque distortion of what was discussed in Tema.
We will also like to corred some untruths that have been peddled over the years and continue to be peddled just to set the records straight, These untruths have resurfaced partly because of the political stye of Dr. Kunbuor not to make public and take credit for his political achievements and what he has done for the party in the Upper West Region, Lawra and Nandom.

We state only a few of them for the records that is to our personal knowledge.

{b) As minister for the interior, every district in the Upper West Region got a Fire Tender. We can add that he used the MPs common fund to build a new police station for Nandom when it was not yet a distrlct and started an orthopedic ward in the Nandom hospital yet to be completed. The number of CHPS Compounds and Health Centers he built or rehabilitated are still standing in his name in Nandom.

(c) He spearheaded the creation of the Nandom district and constituency while in government. As Minister of defense he facilitated the building of the military barrack in Wa, which has been completed and is in use currently.

(d) We could list of thousands of students whose education he has sponsored, support to individuals, and facilitating the recruitment of many qualified people into the security services.

A number of other issues have been raised on other platforms that are peculiar to the Nandom Constituency. They are being addressed in our preparation to re-take the Nandom Seat and will be addressed internally.

The optimism of a victory in 2024, must be guided by empirical compass steeped in various divergent views of what happened in 2020 and even 2016. Optimism cannot be built on overenthusiasm of persons who are ready to eclipse every discussion on party issues in the name of defending John Mahama. This attitude can only breed a lackadaisical optimism for victory 2024.

THANK YOU
SIGNED FOR AND ON BEHALF OF THE DEFENDERS OF DR. KUNBUOR POLITICAL LEGACY (DKPL)

Baba Jamal writes: A Jonah In Ghana Has Swallowed The Whale 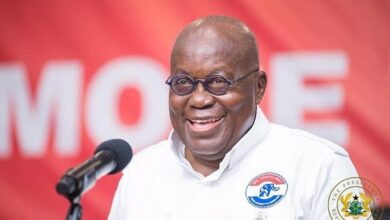 Nana Addo To Ghanaians: Say No To Persons Who Disparage Judiciary, EC 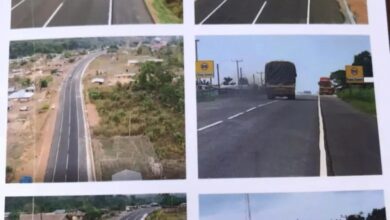 No Gov’t Under The Fourth Republic Has Constructed More Roads Than NPP – Dr. Bawumia