Organizers of this year’s Ghana Youth Leader Awards have revealed emphatically that all is set for a successful showdown.

The maiden edition of the Ghana Youth Leaders  Awards (GYLA) under the auspices of smivic events Arena  is scheduled for Saturday,  23rd April 2022 at Ghana National Association of Teachers Hall (GNAT) in Accra

Ghana Youth Leaders Awards is organized to honor young leaders or youth who have made an impact in their societies and organization.

It aims at acknowledging the growth, achievements, and leadership skills of exceptional young Ghanaians making a significant impact in the society as well as the nation and also encouraging these young leaders and organizations to continue doing their good works.

This initiative seeks to highlight the incredible achievements of individuals, groups, and businesses of the youth that create a sense of state pride, unity, and inspiration through their role modeling to the wider community.

The maiden edition will welcome a number of dignitaries who will grace the occasion and will be honored at the awards night.

Also, they [ the dignitaries] will share knowledge and ideas about their best experiences and practices.These dignitaries include;    i. Hon Okyere Kwabena Darko (MP of Takoradi who also doubles as Western Regional Minister),

Speaking to MyGhanaMedia.com, Mr. Smith Ebenezer, Co-founder of Smivic Communications limited, indicated that all is set for a successful showdown.

“We are ready for a successful event. We’ve done all the needed arrangements to ensure that patrons would have value for their money. This year’s red carpet will start at 6: 30 PM sharp and ends at 7 pm…Don’t be left out from the fun and excitements”.

According to Mr. Smith Ebenezer, Co-founder of Smivic Communications limited, over 500 Ghanian young leaders filed Nomination forms. Out of this 500 people only,152 young leaders were selected to be nominees to contest the race.

However, he added that winners will be determined base on voting and the documents provided by each nominee

There are going to be electrifying performances from seasoned artists like Tony Bwoy and others.

GES To Heads of SHS : Schools Will Remain Open Despite Teachers’ Strike 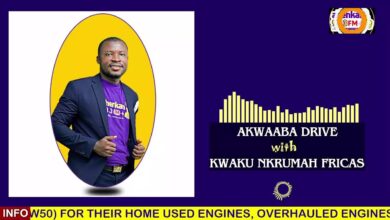