Black Galaxies responded brilliantly to their shock defeat to Madagascar in their first game by defeating Sudan on Thursday, and they now have a good chance of qualifying for the knockout stage of the African Nations Championship (CHAN).

Annor Walker’s men were defeated 2-1 by Madagascar, and it appeared that Sudan would compound their woes when the north Africans took the lead in the 31st minute thanks to a brilliant team goal.

Barnieh had a second goal disallowed by VAR, while Sudan squandered several good chances to tie the game. Sudan thought they had equalised in the 90th minute, but were penalised for a foul.

There was more drama, however, in added time, as Barnieh was sent off in the 97th minute for a reckless challenge. A minute later, substitute Seidu Suraj scored from close range to give Ghana the victory.

Following the win, Ghana are second in Group C and will be hoping Sudan do not fare well in their final match against Madagascar.

A draw in that game ensures Ghana’s place in the last eight. A Sudan victory could also help Ghana because they have a better head-to-head record after Thursday’s win.

NPP To Commence Rerun Of Internal Elections In Akwatia 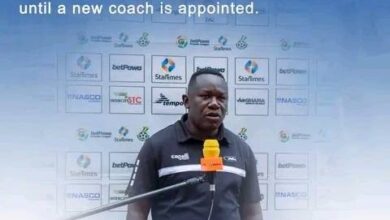