Musician Kwame Eugene will not perform at the Accra Sports Stadium during Hearts of Oak and Kotoko Premier League Clash on Sunday, Ghanaguardian has gathered

It comes after the Phobians rejected the move suggested by beverage firm Adonko Next Level, who are business partners to both teams.

The “Angela” hit maker, who has openly declared his love for Kotoko, happens to be the brand ambassador for the beverage company.

He was billed to entertain fans on Sunday as the two football heavyweights meet for their Matchday 31 encounter in the 2020/21 Ghana Premier League.

But according Deputy PRO for Hearts of Oak’s National Chapters Committee Mr Ishmael Yussif, that entertainment piece will not happen.

“You can call it ‘sportstainment’ or whatever but let me assure Hearts fans that Kwame Eugene will not perform at the Accra Sports Stadium on Sunday,” he told Ghanaguardian.com.

“He can go and entertain his Kotoko people like he has been doing but not during our home  match.”

Adonko Next Level is in three years partnership with both Hearts and Kotoko, but the Rainbow club  have rejected the move to have Eugene on stage on the Matchday.

Hearts will play host to Kotoko on Sunday in a match tipped to be the league decider.

The two are joint leaders on 53 points each, with the Phobians being up due to their superior goal margin.

Hearts and Kotoko, both have tough tasks in their Matchday 30 clashes against Legon Cities and Karela United, respectively.

Kotoko will be in Obuasi on Wednesday to welcome Karela before Hearts plays as guests of  Legon Cities on Thursday.

The title race has been tighter which has calumniated into an intensed off the field rivalry.

According to Mr Yussif there would not be any need for Eugene to come and perform in a match of such nature which in itself is “more entertaining than a music piece”. 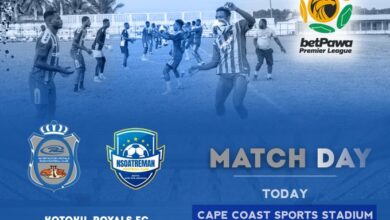 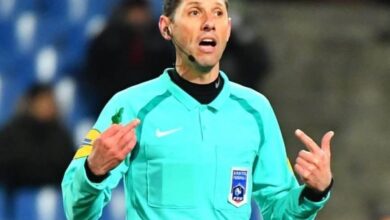