The union said, at the last increments of transport fares, they projected to last until December 2021 but the rate at which fuel products are being increased arbitrarily, they may be compelled to increase it before December.

For the second Pricing-Window of October 2021, energy experts say fuel prices in Ghana can rise by roughly Ghp20, in spite of the impending suspension of the Price Stabilization and Recovery Levy (PSRL); on the basis of significant uptick in market variables.

Effective Sunday, October 17, 2021, a litre of fuel now cost GHS6.80, a situation which has caused anxiety to many Ghanaians.

Reacting to the issue on 3FM’s Sunrise on Monday hosted by Alfred Ocansey, the General Secretary of GPRTU, Godfred Abulbire, said “we are in talks with the government because if it continues, we will be left with no options than to increase transport fares”.

“The current system doesn’t match what we had expected and if it goes up, it means that lorry fares will go up to match up and that means the consumer, which is the passenger, will bear the cost,” he added.

Mr. Abulbire explained that “we are still in talks with the Ministry to do something about it because for now, we don’t intend to match it like that and we will try to remain on this until December and the government should also do well to maintain it like this”.

Reacting on the government’s to zero the price stabilization and recovery levy (PSRL) on petrol, diesel and liquefied petroleum gas (LPG) for two months which was announced recently, the General Secretary noted that it would have minimal impact on price of fuel unless all the eleven taxes on petroleum products are removed.

“We want all the levies on petroleum products to be removed. There are about eleven of them because we thought the plans by the government to zero the price stabilization and recovery levy (PSRL) on petrol, diesel and liquefied petroleum gas (LPG) for two months could do something but it will not”.

“If the pressure being mounted continues, we will mount it on our customer, we will end burden the customers”

Mr. Abulbire admitted that “the zero the price stabilization and recovery levy has answered one of our calls but if it’s too much, we must keep pressuring the government to take off the rest else what we can do is also to increase our fairs to match up and what would mean we are pushing all on the customer”.

You Are A Human Rights Activist, Intervene - 499 ‘failed’ Law Students To Akufo-Addo: 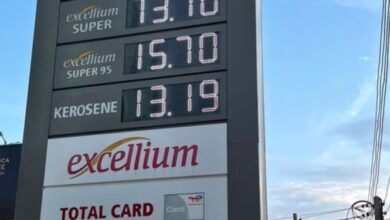